As one of the 50 largest public institutions and fastest growing universities in the country, Southern Computer Warehouse’s (SCW) customer was quickly realizing certain aspects of its operations were not keeping pace with increasing student, administrative and other demands. In one such area, its information technology needs became a critical focus area – particularly ensuring equipment and solutions could be procured in the most cost effective, timely manner possible for the third largest university in the state. 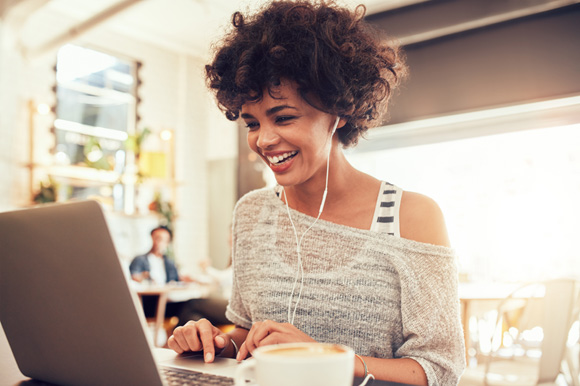 For many years, the university’s IT purchasing system required buyers to manually generate purchase orders when approved requisitions became available. While the process used to work well, it started requiring additional staff resources and more time to complete quotes and purchase orders as demands increased.

It also created confusion for buyers about the purchasing process. Often quotes would expire prior to purchase orders being issued and would require change orders due to expiring promotional rates for equipment. Quotes generated for small IT purchases also became time consuming, as it required multiple rounds of communications due to end users’ buying preferences.

As a result, the university searched to replace the process with a new one that could keep up with the increasing volume of IT purchases. The goal was to create a system that was more in line with a personal online retail shopping experience, making it more comfortable and familiar for the end user.

After reviewing multiple options, it was decided that a PunchOut catalog, an e-commerce website allowing individuals to make purchases from a supplier through a buyer’s procurement system, was the most strategic solution, due to the success of other vendor catalogs at the university.

As the current IT supplier, SCW was selected to develop a PunchOut catalog in the procurement portal for university buyers. To ensure it met contractual guidelines, SCW limited catalog selections by only making available products that the university’s IT department approved and were covered in the company’s contract with the state. The products, such as peripherals, audio visual products, and more, were combined into a central, user-friendly catalog for purchase.

In addition, SCW set up the catalog to accommodate certain pricing arrangements and other special considerations. For example, it was configured to include a negotiated pricing agreement for a specific printer that was standardized across campus. Also, the catalog was designed to allow university buyers and SCW account managers to share quotes in real time, archive pricing structures and complete other tasks to help improve collaboration and results.

Following the state’s approval of the university’s new IT products procurement process, SCW completed and launched the catalog to buyers in just two months. SCW’s internal team of developers were a major reason the site was completed well before the typical six- to 12-month implementation period for similar PunchOut catalog initiatives.

PunchOut catalog saves time for purchasing and IT departments

Since launching the catalog, the school’s IT purchasing system has greatly improved cost savings, staff productivity and more. For example, the catalog has provided quicker turnaround times from an approved requisition to an issued purchase order.

Buyers do not have to manually create purchase orders and IT staff are no longer needed to produce quotes, which frees up both for other initiatives. Additionally, the catalog makes it easier for end users because less information is required to complete orders.

In fact, SCW orders that require processing by the university’s purchasing agents have decreased by 76 percent and it has saved approximately 130 staff hours. If the institution would have processed hundreds of IT orders with its previous system since launching the catalog, it would have cost the university about 370 hours of staff time (e.g., more than two months of work for a full-time employee).

Furthermore, the catalog and its user-friendly functionalities received positive feedback from a wide range of internal stakeholders. Many believe it’s easier and faster than the previous system and orders are received much quicker. Also, end users are relieved to know any compliance or other administrative-related considerations have been accounted for when placing orders.

In sum, the SCW PunchOut catalog has better positioned the institution to meet its growing IT needs while significantly reducing costs, improving staff efficiency and achieving other university goals.

To learn if a PunchOut catalog can fulfill your institution’s IT purchasing needs, please contact SCW Vice President of Field Engagement Jeremy Steadman at jeremy.steadman@scw.com.